Chi-Town Small Screen Fest is an inclusive festival that celebrates diversity, the triumph of creation and doing something that most people only ever think of - writing and shooting original ideas. In the era of Snapchat, Hulu, Youtube, Netflix, Tik Tok, and the like, people are viewing entertainment on their home TVs, laptops, and phones. Our mission is to showcase your content.

The Dog Walker – A mockumentary by Derek Deburger.

The Detective – A short by Jack Pogan. Detective Ron Simmons and officer Fitz Patrick are on the hunt for a notorious drug dealer. Can they find their suspect, or will they falter in the mean streets of Chicago?

Moon Knight – Mason Good-Turney based this Sci-Fi and Fantasy short film on the comic book character Moon Knight. Marc Spector is enhanced by the Egyptian Moon god to enact vengeance on those who wrong him.

I Need Water – An experimental short by Chris Larson. He just needs water.

Aspie Seeks Love – A documentary by Julie Sokolow, Executive Produced by Danny Yourd, in association with Animal Media Group. A fearless outsider has been searching for love longer than many of us have been alive.

September 27, 2019 Friday Night Lineup
7:00 PM Live Event
Q & A With Tami Sagher – Chi-town Small Screen Fest invites industry veteran, Tami Sagher, to an intimate one-on-one interview to talk about her experiences. Tami Sagher is a writer and producer known for Orange is the New Black, Shrill, Inside Amy Schumer, Girls, and How I Met Your Mother. She can also be seen acting in Glow, Russian Doll, and Don’t Think Twice.

Dijon Doug – In order to land a new job Doug must overcome his mustard haunted past. By Jesse Rothenberg.

Shawshank Situation – A short film by Zoey Danielson. Greg gets a phone call late at night from his best friend Amos. Amos is very upset but won’t say why, only that it is a ‘Shawshank Situation’ which can only mean one thing...

Life of Harold – Inspired by the Harold improv form and the incredible actors who perform it every night, Life of Harold is a Chicago-based web series meant to showcase improv's greatest form in improv's favorite city. Told through a completely improvised script, the series explores a number of intersecting stories and relationships while addressing current social issues & phenomenons. Created and directed by Jeffrey Paschal & Mathias Blake

Apartment 101 – Indie production company, Professional From Here Up, brings us Chicago based web-series, Apartment 101. Bianca Brooks and Hailey Adams were brought together by an unconventional living situation and eventually became best friends.
Episode 202: It Had to be You – On the day of her ex-boyfriend and former best friend's engagement party, Bianca Brooks cannot seem to keep her mind from her past relationship with Chuck. Her roommate, Hailey Adams, starts her first day back at college after dropping out years prior. Hailey's younger sister, Claire, moves in with them and tries to integrate herself into their friend group.

The John Show – A Julie Sokolow short documentary. Brett wanted to save his friend John's life, so he asked every artist in their town to make a portrait of John.

September 27, 2019 Friday Night Lineup
9:30 PM
Roomies – Roomies is a short about college feelings and bad ideas. It’s dry, weird, and there might be aliens. Created by Laurel Posakony and produced by Free Chicken.

Behind The Red Curtain – A mockumentary by TJ Pieffer. Watch as first-time director, Timothy Jackson, shows you an exclusive behind the scenes look at what makes a community theater production a smash hit.

Blood Orange – A dark comedy/horror film directed by Aliya Haq produced by Delenn Kerkhof. Angela’s flaws causes her to lose sight of what is really important in her life and fall into a trap that isn’t so easily escaped. Angela must either come to the realization that what’s important may not be what’s best for her or try to run in the bloody wake of her mistakes. You don’t really know what’s truly important to you until it is too late . . . or do you?

Bounty Hunting – A short film by Jeff Sweeney. A bounty hunter is confronted with his most confusing target yet.

El Chicano – A Nick Canchola short film. Hector Gonzalez, a 20-year-old Mexican-American, has just come out as gay to his family. He has to deal with the tropes of his sexuality and his culture as his mother begins to pressure him into getting tested for STDs. His recklessness gets the best of him as he tries to mend the fractured relationships within his household.

Apartment 101 – Indie production company, Professional From Here Up, brings us Chicago based web-series, Apartment 101. Bianca Brooks and Hailey Adams were brought together by an unconventional living situation and eventually became best friends.
Episode 206: Friday Night, Date Night – Bianca Brooks attempts to suppress her fear of intimacy in order to grow closer to her longtime crush, Mike Clark. Hailey Adams tries her hand at casual dating. Their former roommate, Margo, attends a mixer hosted by the owner of her new podcast network and makes a promising connection. Genevieve spends time with her new musical partner, Timothee, and does her best to focus on the music and ignore their budding attraction. As their wedding approaches, Tonya and Chuck battle the stress brought on by Tonya's dysfunctional parents. 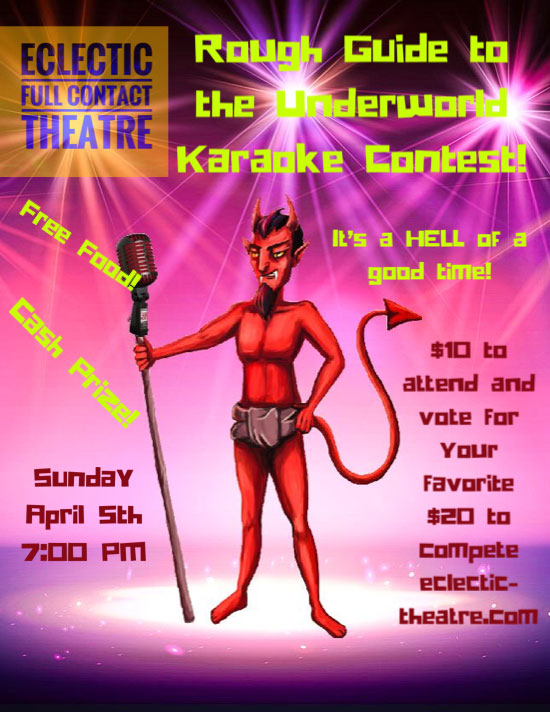