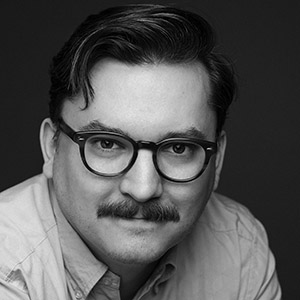 Lee Russell has performed in festivals across the United States including the TBS Just For Laughs Festival, Chicago Sketch Comedy Festival, Charleston Comedy Festival, San Francisco Comedy Festival, and the New York City Sketchfest. He hopes someday to make people laugh outside of the United States in person. Until then, Lee can be seen online in videos by Awkward Spaceship, LowCarbComedy, Long Pork, & in the short film Flat Feet. He is a graduate of The Second City Conservatory and i.O. Chicago (formerly The Improv Olympic). Lee can be seen in shows regularly around Chicago at The Annoyance Theater with Fire & Beer and Sacred Cow, at ComedySportz with Omega, and with Awkward Spaceship at various theaters. Lee has also had the privilege of working with Strawdog Theater on Fail/Safe, 20,000 Leagues Under The Sea, and Robin Hood & Maid Marian in their Hugen Hall space.

At your own risk, you can follow some of his adventures on most social media platforms at @mrleerussell.