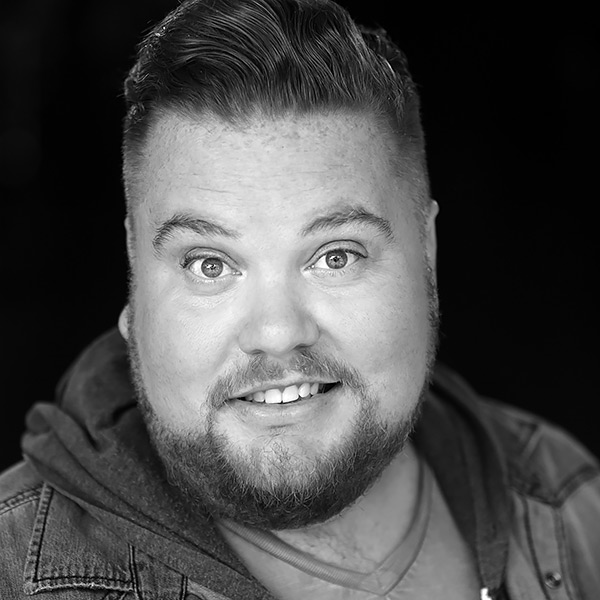 Scott is originally from Southern California via Salt Lake City, Utah. Before moving to Chicago he spent two years at sea as Entertainment Host aboard Norwegian Cruise Line. Scott has directed and preformed in countless musicals in both OC and SLC. While his time in SLC he co-founded and Artistic Director of SLC’s award winning “3.2 Improv Theater” He is a graduate from the Academy/School of Preforming Arts as well as iO Chicago’s training center, and Second City’s Musical Conservatory Program. He can be seen on screen in the “The Bearded Lady”, “Don Juan: the Ultimate Hipster," and has been seen locally in “Friends: The One Where They Sing”, “Antic’s Roadshow”, “La Ve Foam”, and "Buffy: Once More With Feeling". Currently he can be seen with teams: “Oh My Lanta”, “Rhyme & Punishment”, and part of the House Team program at CSz Theater. Scott would like to thank his friends and family for all the love and support… all the XOXOs