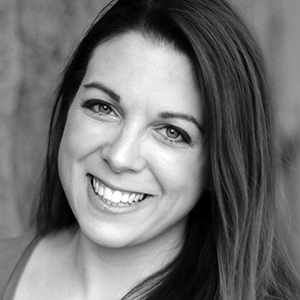 Maureen Winston got her start on stage at age 6 dancing in Fort Worth Ballet company productions and was a dancer in the motion picture Telling Lies in America (which, if you're reading this, now makes you two degrees away from Kevin Bacon). Maureen has trained at Second City, iO, and Annoyance. She also currently performs with Thirsty: The Premiere Improv Drinking Party (Apollo Studio Theater) and has previously performed regularly at The Playground Theater and ComedySportz Chicago. She loves Cleveland sports teams, Broadway musicals, discussing TV pilots, and her lovely family.